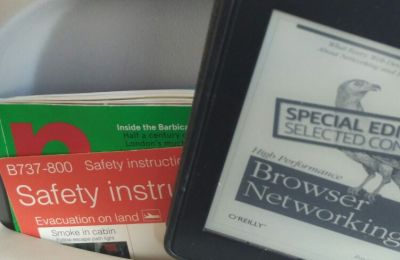 HTTP/2 brings great lower level enhancements to performance of the ubiquitous protocol. With servers such as H2O, Apache and now Nginx supporting it it'll be widespread soon.

While pipelining and other features boost performance, this is not often apparent while on good connectivity in an office. Throttling emulators work, but bad mobile or flaky WiFi is the real deal.

I was on a flight with WiFi onboard so I thought I would do a comparison and record it. What could be worse than a satellite connection from an airplane? See the video below. Jump to three minutes for the resource loading comparison.

The video was edited, uploaded and this post written while in the air, using a smartphone. That is pretty awesome and kinda makes me feel like a Bond villain or something. What a world we live in!

EDIT: The links in the video are

« BigPipe and the Symfony Framework - Symfony and Asset Management »